Hayward Field is the mecca for track and field in the United States.  It is holy ground.  More Olympic Trials, U.S. Championships, and NCAA Championships have been held there than any other location in the United States. Twenty world records have been set on this track and countless American records. In 2020, a two-billion-dollar renovation of the facility was completed, initiated by Phil Knight’s 500-million-dollar donation. It has been and will continue to be the place of legends.

I raced at Hayward Field for the first time when I was seven years old.  During my youth, I ran at least one hundred races on that hallowed ground.  Only twice did I run a “perfect” race. Once was when I was in 8th grade when I won the 3000 meters at the Track City International Classic. The second time was two years later, in 1985.

Fans and athletes filled the 5000 seats for the Oregon State Track and Field Championships. Oregon track fans had a particular fondness for distance races, and I was running in the 3000-meter final. 3000 meters is nearly two miles.  At seven and a half laps around the track, it was the longest race of the meet.

I was a Sophomore and was running for Marshfield High School, in Coos Bay, Oregon. This is the same high school that had produced the most famous runner to step onto Hayward Field – Steve Prefontaine. Pre had died tragically at the age of 24 while holding every American Record between 2000 meters and 10,000 meters.  He is the undisputed greatest distance runner in the history of the United States. He had created a legendary legacy of distance runners in Track Town, USA.

My high school coach had also coached “Pre”, and he made sure I was wearing the same number that “Pre” had worn when he was in high school and had won the state championship.

Track races can be stripped down to a science.  It isn’t about how fast you start, how hard you surge, or how fast you can kick.  It’s all about your finishing time.  Nothing else really matters.  Your time will determine your success. Your time determines your place.

The most efficient way to run a race is to run an even pace.  Many distance runners are too emotional, undisciplined, or without the self-control to do this.  Most runners start out too fast and slow down, or else they have too much left at the finish.  Either way, their finishing time will be compromised by running erratically.

My coach taught me to run like a metronome.  My goal for this was race was to run 68 second laps (400 meters).  34 second 200’s. 17 seconds for every 100 meters.  No faster.  No slower than a 69.  Through years of training, I knew what that pace felt like.  I knew it with exactness.  I hoped that I could set aside the butterflies and the adrenaline and run 68’s, biding my time, with the finish in focus in my mind.

Getting to the final was difficult for me.  At our District Championship, I had been nursing an injury.  Early that week I had stepped on a nail that had gone through my foot. A tetanus shot and five days to heal had led to a bloody painful race where I had managed to finish second with a time of 8:55 and had narrowly earned a spot on this starting line.  I had the slowest qualifying time of all the runners.

The announcer introduced each one of us as we stepped nervously onto the starting line. The starter lifted the gun and fired. The crowd roared as we accelerated around the first curve of the track.  I was shocked by the volume of the crowd as the characteristic rhythmic clapping began.  I quickly found myself at the back of the elite pack of runners.  I was in last place at 200 meters. I glanced up at the clock and it read 34 seconds.  Perfect.

“Relax. Save energy. Draft off the last runner.” I told myself these things over and over again.  “You feel good.  Stare at the back of the person in front of you.  Do not clench your hands.  Concentrate.  Pace yourself. Feed off the crowd. This feels so easy. Remember – you are a metronome of arms and legs and lungs.” I smiled, knowing I was exactly where I wanted to be even though I was in last place.

“66, 67, 68!”, the timer announced as I crossed the 400-meter mark.  Perfect, but still in last place.  The leaders were a good 30m ahead of me by now.  A large pack was running aggressively at the front.  The first runner had passed through in 64 seconds. This was a suicidal pace but was not uncommon for a high school championship.

The leaders surged on.  In that lead pack were my idols.  The Seniors.  One had just moved to Eugene from New Jersey to pursue a career as a distance runner.  Although only in high school it was rumored that he was running 100 miles a week in preparation for this season.  I looked ahead and saw his long hair and confident stride flowing as he led the race.

Although I was falling further behind, I knew that I was running faster than I had ever run before.  I glanced into the stands – this was my home.  I heard people yelling my name and cheers from time to time “Go Matt!  You look great!”.  The rhythmic clap continued.

Crossing the one-mile mark, the clock read 4:36.  I was still feeling good.  The pack up ahead starting to string out. The suicidal pace was taking its toll.  I had already passed two runners. It was time for the real racing to begin.

“3 ½ laps to go!  You’ve got this Matt!”  All along the track were voices – my parents, my classmates, my friends, my coaches, and the kids I grew up training with.

The next two laps were the most difficult.  I pushed hard while saving something for the finish.  My legs were feeling fatigued, yet I was able to maintain my tempo. I wanted my last lap to be my fastest.  I kept relaxing my body, concentrating my mind, looking ahead, and controlling my breathing.  The front runners were now paying the price for the early pace.  They had been 100 meters ahead, but that gap was quickly narrowing as I came down the home stretch with a lap to go.  The stadium roared as the strategies came to bear.  Who would have something left for the last lap?

As I began the penultimate lap, I looked at the finish line clock and was elated to see it tick past 7:33…7:34 as the bell clanged furiously.  A burst of adrenaline filled my body. I was tired, but not as tired as the rest of the field.  I had something left while the leaders were fighting to hang on.

Digging deep on the backstretch, I gained on the lead pack of eight runners.  I moved up from 9th, to 8th, to 7th.  With half a lap to go the only strategy left was to sprint hard, running as fast as possible while maintaining form.  I started recognizing the runners ahead of me.  They were the Seniors that I respected so much.  I could not believe I was closing the distance!

The crowd was deafening in the last 100m.  I was in 6th place at the top of the final stretch.  I gave everything I had and passed two more runners in the last 50 meters. I was just behind the leaders when I crossed the finish line in 4th with a time of 8:40.3.  It was a personal best by 13 seconds.  I had achieved my goal of 68 seconds per lap.  It was a perfect race. Only three runners had finished in front of me, and they were all Seniors.  I knew that the following year I would be the runner to beat.

You do not have to finish first to win. There is nothing more satisfying than knowing you did your absolute best in any given moment or scenario.  Remember to pace yourself in life. Prepare well. Train hard. Make sure what you are doing is sustainable. Do not go out too fast. Stay focused. Do not worry about everyone else. Run your own race. Run your best race. And most of all, FINISH STRONG. 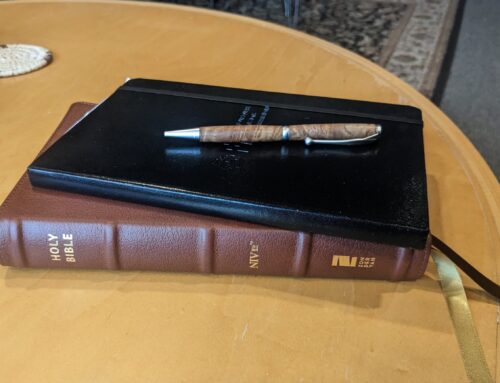 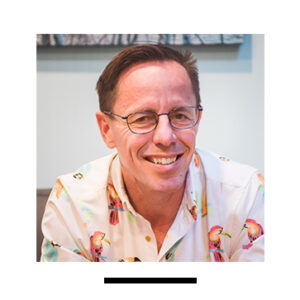 My wife and I serve as “Co Interim Lead Pastors” at New Life Church, Everett, Washington. We love it!

We have two adult children and two granddaughters.

I just published a new book “Ascend”. – Grab a copy on Amazon or off my blog (mattmessner.com).